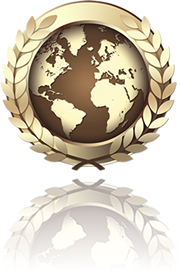 The “Ayurveda Association, Health, Education and Awareness” appoints Honorary Members those people who want to transmit the maximum admiration, respect and recognition. Appointment of Member of Honor wants to be our special tribute for their support and contribution to the aims of our Association.

This appointment is confined to personalities and professionals from all disciplines and fields, in consideration of their relevant merits of both arts or sciences: theatre, cinema and TV directors and actors, musicians, singers, fashion designers, writers, scientists, educators, athletes.

Honorary members are designated as such by the Board. The appointment, to be effective, must be well accepted by the designated person.

We list below those people whose significant contribution have invited and agreed to become Honorary Members. We sincerely thank you all for the positive and rapid response to our request for supporting this project.

80’s Icon, she dressed up celebrities for red carpets and did the vestry for some Pedro Almodóvar films. Her designs, kept in the Costume Museum of Madrid (CIPE) , were sold in the most important  stores in New York, Paris, London and Japan, until she retired in 2005, just when she was at the top and the Japanese market surrendered at her feet. In those years she moved to Mallorca where she created a research center dedicated to sustainability and social transformation. Then  she discovered Ayurveda, learned it’s techniques and enabled a center to offer courses  and Ayurvedic treatments in Mallorca.
She designed for Japan, and she developed Fabrics for Freedom, with which she aims to raise the textile industry on the responsible use of tissues .

In 1989 she received from King Juan Carlos and Sofia the Cristobal Balenciaga Award for best new creative, and in 2014 she was awarded the Gold Medal of Merit for Fine Arts, an award given by the Kings of Spain, Felipe VI and Letizia.

In all the works of Sybilla we can feel an idealistic person who intends to improve the world around her to make it more appetizing, more sensitive and less bland, an artist in the broadest sense of the term and its work encompasses all types of clothing or objects from an umbrella to a candle, coats, shoes or handbags.

In early 2015, Sybilla had a strong comeback to the world of design, with new marketing techniques that allow her to work slowly, more discreetly, and in addition to working by hand.

Also in 2015, the Ministry of Culture gave her the National Fashion Award for being one of the “most renowned on the international scene” creative, have made their creations “a benchmark for many generations” and having ‘reborn sticking to her creative principles.

Roberto Torretta was born in Buenos Aires. In 1972 he comes to Spain and settled in Madrid, where he entered the world of fashion. Essential figure in Pasarela Cibeles since 1996. Roberto enter into the world of Ayurveda in the hands of his great friend Nacha Guevara in 2001. Since then he begins to go to Harit Ayurveda, where beside experiencing  the treatments and Ayurvedic therapies,  he learn Transcendental Meditation technique and start practicing Yoga.
His figure is marked by his restless nature that has led to countless starring Joint-Venture: designing a jewelry collection, a line of jewelry , watches, carpets and perfume. Awarded the “Golden Pin” granted by Fermoda 2002 Gateway Costa del Sol, in recognition of his brilliant career. In October 2005 he was awarded the Telva T Award for Best national fashion creator. In June 2010 he was awarded by the magazine “Men’s Health” as Man of the Year in the category of designer. In 2011 Roberto Torretta was honored at the closing of the Fashion Week in Getxo (Bilbao). In 2012 he starts selling in France, having great success. In 2013 celebrates the 30th anniversary of its brand having an impact on press than ever before. Also he is awarded  with “100 Latinos Men” that year, sharing award  with the Nobel Prize: García-Márquez. Torretta introduces his collection into South Korea.

Ceres 2014 Award for Best Costume Design for “En un lugar del Quijote” Ron Lala and National Classical Theatre Company. Her relationship with the Ayurveda begins at an early age, learn Transcendental Meditation with 4 years, and with 18 studied at MIU (Maharishi International University) Fairfield, Iowa where she learned advanced transcendental Meditation Sidhi course. Harit Ayurveda assiduous, appreciates this ancient wisdom that has been fortunate to know as a child as a source of health, happiness and creativity. Collaborates with AYUSEDUCA in the design and development of projects for schools and companies in which the performing arts serve as a tool for the expansion of Ayurveda.

Degree in drama at the ESAD of Malaga and graduated from the ECAM of Madrid. Her career as a costume designer and director started twelve years ago, as part of the production Creature Producciones Artísticas, for which he has worked regularly both acting and creating the costumes for private events, shows and marketing campaigns and advertising, for large companies and institutions.

As a costume designer in the audiovisual world, she has designed and made the costumes for “Calabozos” (GOA Productions), “Planes de verano Comedy Central” (GOA Productions-Paramount Comedy) and the award-winning short “Hongos” by Ramon Salazar.

Use this form to find things you need on this site